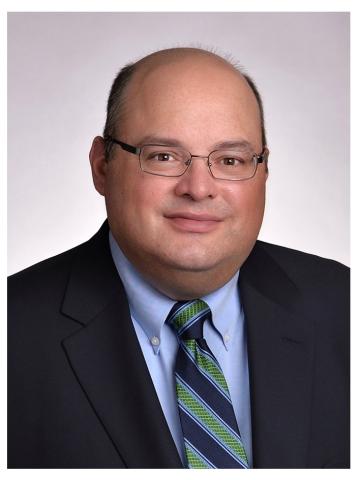 Frank T. Walsh, Jr., Acting Medicaid Inspector General, has more than 25 years of professional public service within the New York State Division of the Budget, ultimately achieving the title of Chief Budget Examiner of the Health Unit where he served as the principal fiscal analyst for health care and health insurance policy with oversight responsibility for the Medicaid, Department of Health, the Office of the Medicaid Inspector General and the State Office for the Aging budgets. Over his career, Frank has promoted the efficient use of health care resources and the expansion of health care coverage and participated in the implementation of the Affordable Care Act, the development of the NY State of Health and multiple efforts to redesign Medicaid program financing and operations, including the establishment of OMIG. Frank is a graduate of Siena College and studied public policy at the Nelson A. Rockefeller College of Public Affairs and Policy. 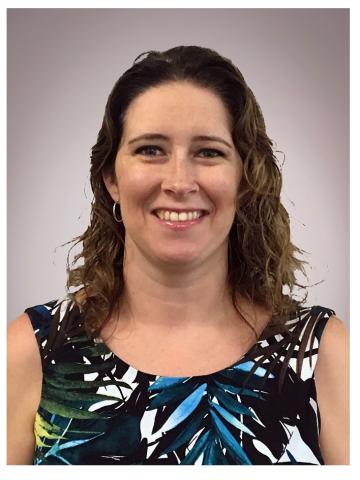 Erin Ives joined OMIG in January of 2007 and was instrumental in the development of the agency's internal control program and instituting agency reporting standards and processes, including the creation of a Reporting Standards Workgroup and Cost Savings Workgroup. She also served as the state liaison to the Centers for Medicare and Med­icaid Services for the purposes of the Medicaid Program Integrity Reviews conducted of New York State. At OMIG, she guides the agency's program integrity initiatives in the Medicaid program. She continues to serve as the Director of the Bureau of Quality Control and Enterprise Projects, oversees and directs the agency's enterprise and information technology portfolios, produces the agency's Annual Report and supervises OMIG's first Project Man­agement Office. Prior to her position with OMIG, Ms. Ives served as the Director of Racing Programs as part of the Office of the Secretary to the Governor within the New York State Executive Chamber. In this capacity, she created and implemented policy initiatives for various state agencies including the New York State Racing and Wagering Board, New York State Division of the Lottery, the Non-Profit Racing Association Oversight Board, and the Ad Hoc Committee on the Future of Racing. Addi­tionally, she developed regulations for video lottery gaming with emphasis on distribution of authorized marketing allowance, drafted and approved press releases and media statements for various state agencies, and researched and generated briefing material on racing and gaming industry issues for the Governor and Executive Staff. Ms. Ives is a graduate of Siena College, with a Bachelor's Degree in Marketing and Management. 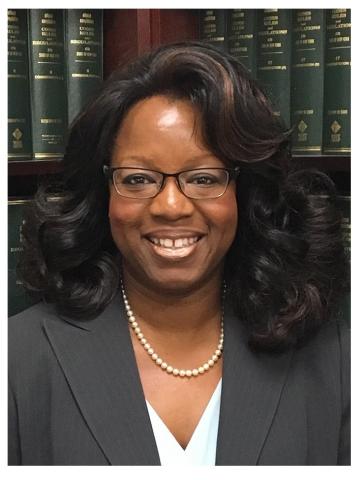 Ms. Daniels Rivera is extremely knowledgeable in Medicaid law, policy, reimbursement and audit-related issues, as well as legal proceedings concerning Med­icaid. A public servant for the State of New York for over 25 years, she is experienced in presenting cases at administrative hearings, drafting post-hearing briefs, interviewing and preparing witnesses for testifying at various levels of legal proceedings, and defending the interests of the agency in all aspects of litigation. Ms. Daniels Rivera has had the benefit of serving the agency in a number of different capacities. She has served the agency as General Counsel since March 2009. Prior to that, she served as OMIG's Assistant Medicaid Inspector General for the Office of Legislative and Intergovernmental Affairs since 2007. In that po­sition, she worked to create a cooperative environment between the OMIG, the Department of Health and other state agency part­ners on Medicaid program integrity and policy-related issues. Ms. Daniels Rivera earned a Juris Doctor from Albany Law School of Union University, as well as a bachelor's degree in Psychology and African-American studies from Colgate University. She was admitted to the New York State Bar in 1991 and to the Bar of the United States Supreme Court in 2008. In addition to her professional work, she serves as a prisoner advocate for the Institutional Review Board at Albany Medical College. She is a member of the Capital District Black and Hispanic Bar Association. 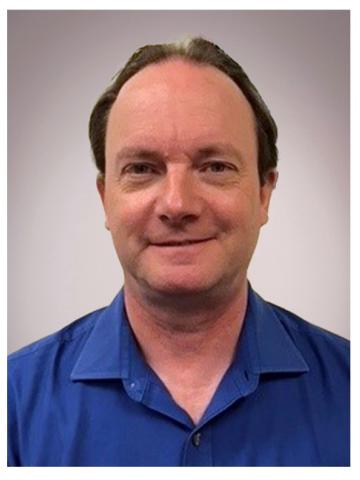 Jay Speers was appointed to the position of Deputy Medicaid Inspector General for the Division of Audit in February 2020. He currently supervises nearly 200 staff in charge of audit activities across all Medicaid provider types, including Managed Care Companies, OMH providers, OPWDD providers, Nursing Homes, and fee-for-service providers. Mr. Speers led the division through the public health emergency in effectively managing public integrity oversight while not impacting Medicaid providers’ operations and ability to provide much-needed services. Prior to his appointment, he was a Special Assistant Attorney General with the Medicaid Fraud Control Unit (MFCU) for 20 years where he served as Counsel. Mr. Speers participated in many successful investigations while at MFCU, including a $144 million settlement with a NYS-based home health care company, one of the largest settlements with a single provider in the history of the Unit. Mr. Speers was also the co-chair of the National Association of Medicaid Fraud Control Unit's (NAMFCU) Qui Tam Subcommittee and Global Case Committee.  In this capacity, he was the lead attorney in numerous settlements on behalf of states with numerous pharmaceutical companies, and he was the lead attorney on NAMFCU's Opioid and Anti-Trust litigation teams. Mr. Speers graduated from Marist College with a degree in Criminal Justice and received his juris doctor from the Columbus School of Law at Catholic University. 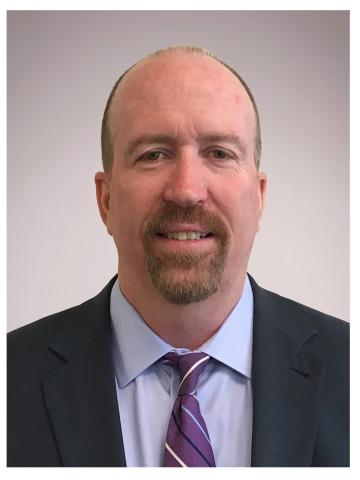 Chris Mulhall joined the OMIG as an Assistant Medicaid Inspector General for the Division of Medicaid Investigations in 2012. Prior to his appointment, he enjoyed a 28-year career in federal law enforcement working a wide array of federal crimes, but specializing in the investigation and supervision of white-collar crimes. As part of his supervisory career in federal law enforcement, Mr. Mulhall chaired the Upstate Federal Health Care Task Force. In his current position, he is responsible for all upstate investigations involving fraud, waste and abuse of Medicaid monies. He is a graduate of SUNY New Paltz with a degree in Business Administration. 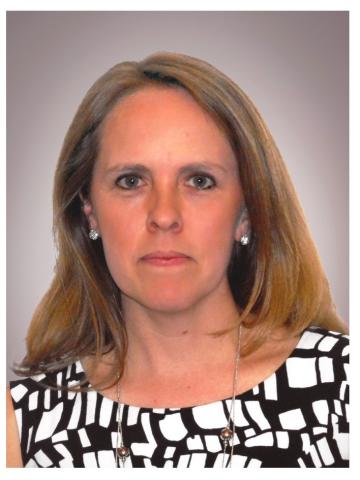 Stephanie Paton joined OMIG as a Hospital Nursing Services Consultant for the Division of Medicaid Investigations in 2014. As a Registered Professional Nurse for over 20 years, Stephanie has worked in various health care settings including hospitals, nursing homes and other settings, providing clinical and administrative services. In her current role at OMIG, she manages all downstate operations in the Division of Medicaid Investigations. Stephanie was a recipient of the NYS Empire Star Public Service A ward for her contributions to NYS as an employee of OMIG. She is a nursing graduate from SUNY Ulster and a graduate of SUNY Empire State College with a degree in Community and Human Services-Health Care Administration. 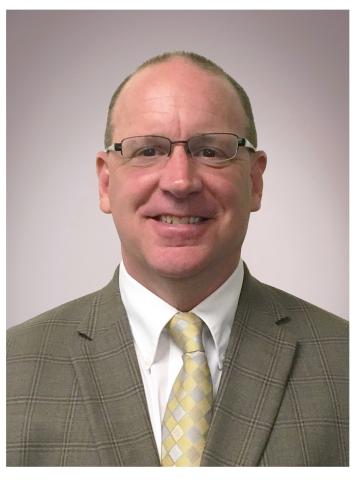 Bill Schwarz has extensive, executive-level experience in both the private and public sectors in such areas as health care, higher education, energy and eco­nomic development. Mr. Schwarz assumed the role of Director of Public Affairs for OMIG in October 2014. As a member of the executive team, he oversees all aspects of OMIG's communica­tions and media relations planning and execution efforts to heighten awareness of the agency's mission, effectively promote staff and agency achievements, manage crisis communications, provide strategic communications counsel and support for agency leadership and staff, and manage agency web-based and social media communications. Mr. Schwarz also plays a key role in OMIG's strategy development and provider relations activities. Prior to OMIG, Mr. Schwarz served for nearly three years as Director of Public Affairs for the New York State Department of Health (DOH). In this capacity, he played a lead role in numerous DOH initiatives, including the planning and rollout of New York's health exchange, NY State of Health, the department's response and recovery activities related to Hurricane Sandy, and Medicaid reform/DSRIP, among others. Mr. Schwarz's private sector experience includes serving on the President's staff at Union College, where he led the College's corporate and government relations functions as well as marketing and public relations. Mr. Schwarz also served as Global Communications Leader for GE Energy in Houston, TX. Mr. Schwarz has also held executive-level positions in award-winning marketing and public relations firms based in the Northeast.

This page is available in other languages